You are here: Home / After College / Graduating? Repay Your Private Student Loans 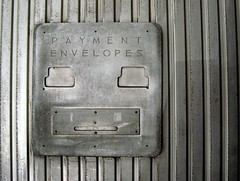 This article is part of a series called Graduating? which focuses on personal finance advice for fresh college grads. This particular article is a guest post written by Miranda Marquit.

With the federal government getting stingier with financial aid programs, and with education costs rising, it is no surprise that many people have to turn to private institutions for some of their college costs. This is especially true if your higher education includes school beyond a four-year degree. The costs are higher, and the financial aid is even scarcer. Not surprisingly, most college grads now have three sets of debt: credit card, government student loans and private students. Here are some tips for repaying your private student loans:

If you’ve got your credit card debt paid off, move on to the private student loans. The sooner you pay them off, the better.

Pay more than the minimum each month.

The cardinal rule of debt reduction is to pay more than the minimum each month. If you have paid off your credit card debt, take all the money you’ve been using for that purpose and transfer it to help you pay down your private student loans. If you want to be extra clear about where the money should go, write two separate checks. Fill out one regularly, with the minimum payment, and fill out another with the extra amount. In the memo area write, “Apply to principal.” This will make it perfectly clear that you want the extra payment to got toward reducing your overall debt. This will also help you save on interest costs, since interest charges are figured using the size of the principal balance.

Start as soon as possible.

Most private student loans have the same six-month grace period that you find on other student loans. However, just because you aren’t making payments doesn’t mean interest isn’t accruing. In fact, interest has been accruing the entire life of the loan. And many private loans will capitalize the interest at the end. This means that they add up all the interest charges, and then add them to the principal balance. You end up paying interest on your interest charges.

If you can afford it, make interest payments as you go along to avoid having it capitalized at the end of your schooling. If you don’t need the six months grace period after you graduate, start making loan repayments immediately. You’ll get done faster, and pay less overall. My husband is not actually done with school yet, but we’re repaying his private student loans right now. We figure that the sooner we pay off the loans, the less we’ll owe over all — especially since none of the interest is being capitalized.

Repaying student loan debt can be a daunting task. You can save money in interest charges if you make a plan and get started as soon as you can.

Miranda Marquit edits information on debt consolidation for DestroyDebt.com. She is also a personal finance writer for AllBusiness.com and her work has appeared on The Huffington Post.