You are here: Home / College / Living at Home – Does it Save Money? 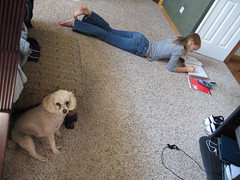 When I got my ducks in a row and decided to head back to school, I did the math, and figured that I could really only go back to school if I commuted from home. Otherwise, I wouldn’t be able to afford it. But those calculations were really just guesses – I had no idea whether it would really save me money or not.

More than one year later, the question is: was I right?

The Costs of Commuting

Even though I saved money on rent by living with my parents, I incurred the extra cost of commuting 16 miles to campus. This includes the cost of gas, the nearly $800 in repairs that my car needed during the school year, insurance, and little things like oil changes, inspections, and new windshield wipers. I did manage to keep the cost somewhat low by crashing on friends’ couches now and then.

The Costs of Living On Campus

So already, rent vs. cost of commuting, I’ve saved money. But it keeps going.

Food! I guesstimated groceries at $120 per month, based on what I was spending when I lived in the apartment before. That’s another $960 for the school year.

Case closed – I was right in the first place. Commuting saved me a boatload. In fact, the saving are even better than that: that extra $3,535 would have come from student loans, so I would have had to pay interest on that, as well.

One final note: although commuting can save a lot of money, I don’t necessarily recommend it for incoming freshman. Living on campus, on your own, is an experience that you can’t really put a price on, even with all this math. I moved back home because I absolutely had to.