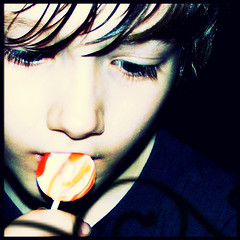 By now, you may have heard of a little something called the Credit Card Accountability, Responsibility and Disclosure (CARD) Act of 2009, which was just recently passed by the US Senate. It differs a bit from it’s predecessor, the Credit Cardholders’ Bill of Rights Act of 2009, which was passed by the House of Representatives. So there’s some reconciling that still has to occur before the bill can be passed to President Obama to sign.

I think there’s a lot of good in these proposals, but the New York Times article on the subject, Senate Passes Credit Card Restrictions, had one line in it that caught me off guard:

“It would be harder for companies to issue cards to people under age 21.”

Wait, what? Ok, I understand the motivation here — really, I do. The amount of debt that college students graduate with can be staggering. Credit card companies hawking awful cards under the banner of “Free T-Shirt!” on college campuses… well, that’s pretty bad. But regulation to make it harder for young people to get access to credit? Is that really what we need?

Searching for more information, I asked folks on Twitter if they knew the details of this part of the bill, since the NY Times only had that one sentence on it. Joe C helpfully pointed me to the article Democrats Vow Not to Bend to Credit Card Companies, which explained a bit more about the proposed regulation:

“The bill also would prohibit lenders from giving cards to people under 21 unless a parent or guardian accepts responsibility for the debt or the individual can prove they have the means to pay it back.”

That all sounds well and good… but what does “prove they have the means to pay it back” mean? Don’t we already have to list household income when we apply for credit cards? Again, I get where this is coming from. But it doesn’t seem like it’s the right way to go about this. Let’s face it — parents don’t always act in the best interest of their children. Some people turn 18 and need to start making their own decisions right away in order to get on the right track.

There’s a lot of ways in which we young adults aren’t being treated like adults yet. The Department of Education doesn’t consider us independent until we turn 24 (or get married, or join the military). We either can’t rent a car until age 25, or we have to pay through the nose to do so. And the problem here is not necessarily that college students/young adults shouldn’t be given credit cards. The problem is that some of us don’t act like adults when we get that first credit card.

But tell me: how is treating us like we’re not adults going to teach us to act like adults?

Of course, this is all just my opinion. And yes, there are several good things in the CARD Act that I didn’t touch on here. But based on everything I’ve seen, there’s already an effective remedy for curbing credit card abuse in college. It’s something my college did, and I would like to see more colleges do: they banned credit cards from advertising or soliciting on campus. That way, only those of us who really wanted a credit card on its own merits went out and applied for one. This severely cut down on the number of students at my school who even had credit cards, let alone abused them.

What’s your take? Do you think the proposed regulation would be helpful? It’s okay to disagree with me! (Just keep the debate dial turned somewhere around “friendly and informative,” please!)