You are here: Home / Insurance / Pregnant on Obamacare: The Second Trimester

I’m pregnant, I’m self-employed (as is my husband), and we’re on the absolute cheapest Healthcare.gov (a.k.a. Healthcare Marketplace, a.k.a. Obamacare) plan. So, what’s it like being pregnant on Obamacare? What’s it cost?

The second trimester is supposed to be the easiest: morning sickness lets up for many women, the risk of miscarriage is lower (which in turn lowers anxiety and stress), the growing belly isn’t as physically uncomfortable as it will be in the third trimester… all-in-all, these are supposed to be the good times! But are they easy-breezy financially for someone on a Bronze health insurance plan? Let’s see what happened to me during this time.

If you missed the previous post about my first trimester, here’s a little review of my health insurance plan: there is supposed to be no charge to me for prenatal care (before the baby comes), and then delivery and postnatal care are covered once I have paid my deductible for the year, which is $6,850. This is for in-network doctors/facilities/services only. If I were to go out-of-network, my deductible would be a whopping $20,000 – and prenatal, postnatal, and delivery care would all only be 50% covered after the $20,000 deductible. Basically, out of network? Screwed. And that became very relevant during my second trimester, unfortunately…

Weeks 13 – 27 of my pregnancy! As with the first trimester, I’m laying out all of my pregnancy-related health costs (other than extra food, because that’s hard to measure) just so that you can see everything. Some of these things wouldn’t be covered by any health plan, and that’s fine. But others…. well, let’s have a look:

I wasn’t charged for any of my prenatal checkups with the obstetrician’s (OB) office in the second trimester, which is good! But, there was a big scare with my health insurance during this time. I got a letter in the mail, from the insurance company, stating that my OB’s office was no longer accepting my health insurance, starting right away, and I could continue to go but it would be considered “out of network.” Uh… say what?

This was a really scary letter to receive, from a financial perspective. That $20,000 deductible immediately popped into my head – as it should have! That’s exactly what this letter was saying: my formerly in-network OB was now out-of-network, and would be subject to the higher deductible and the reduced coverage after that (as if I could pay a $20,000 deductible in the first place). I was scared, and pretty peeved: I had chosen this OB practice because they were one of only two places that were in-network and delivered at the hospital near me. And now… they weren’t?!?

I took the letter into my OB’s office on the next visit and had them look into it. They were great – they called the health insurance company for me, and figured everything out. Yes, there was a contract dispute going on between the medical group (that the OB’s office is a part of) and my insurance company. And that contract dispute was only over certain Obamacare plans, so it only affected a small subset of women… including me. (Still a bit of a relief to know this wasn’t a widespread problem, even if I was still the one caught in the middle.) In the end, the dispute did cause the medical group to drop out of the low-cost Obamacare plans with my insurer.

But still, my OB’s office took care of it. They had me fill out “Transition of Care” paperwork, and they submitted it to my insurance company for me. And my insurance company accepted! As a result, the OB’s office is still considered in-network for me, through the end of the year. Yay! I was very worried that I’d have to switch doctors right in the middle of my pregnancy, but I dodged the bullet there. Still, I’m very lucky. The timing of my pregnancy has everything to do with it (my pregnancy is all within one calendar year). With different timing, I could have been stuck either desperately shopping for a plan that I could afford that included my OB, or switching doctors partway through just for financial reasons. 🙁

So no money spent on doctor’s visits, but there was a lot of stress about money and doctor’s visits, which I can’t even put a price on. I tried not to let myself get too anxious, and reminded myself that if I had to switch doctors, it would be okay. Annoying to do, stressful, and weird, but I’d get through it and the baby would probably be fine.

None during the second trimester! Of course, it probably helps that we passed up all prenatal genetic testing, due to cost and the fact that false positives are relatively common (leading to more costly, more invasive procedures that would have also not been covered by my insurance).

Not too shabby at all – this was for a prescription for a urinary tract infection that I was diagnosed with right at the start of the second trimester, and for some more prenatal vitamins (I went with the gummy kind this time!).

We took the Childbirth Education Class offered by our hospital at my OB’s office. We ended up being the “youngest” couple in the class (about 10 weeks behind the gestational age of the other fetuses in the room!), because I didn’t realize it’s the type of class you generally take in your third trimester. But, the class was very good, and the nurse teaching the class offered to be available for questions later, if we ever felt we needed a refresher.

This class was well worth the cost, but it is the only class we took during the pregnancy, due to time and costs. There would later be a breastfeeding class included in my delivery, which is an idea I really like because I don’t think I would retain much from a breastfeeding class if I took it before I was able to physically breastfeed!

Wait, say what? In the second trimester? Don’t worry: I didn’t go into super-early labor. But I did have to pay that $250, as a deposit to my OB, because of the Obamacare plan (I guess they’re worried that the insurance may not pay them much, and then that I’ll be super broke and not able to pay them, either). The OB’s office called me one day to bring it up and ask me to pay, and so that’s the entirety of these “delivery costs” for the second trimester.

That’s it for second trimester costs! Let’s see how that all adds up, and compares to the first trimester:

Starting to really add up! When I look at that number, I can’t help but think about how nearly half of all Americans couldn’t come up with $400 for an emergency if they needed to. My second trimester alone cost me $400! As does my monthly insurance premium! And the third trimester is shaping up to be much, much more (at the time of this writing, the third trimester is done and the baby is here, but the bills are still rolling in, so it will be a little while before I have final numbers). How could it even be possible for most people to handle pregnancy costs on Obamacare insurance?

The sad answer: it’s not possible, not without taking a drastic action – usually debt. I’ve put every single pregnancy expense on a credit card – I just happen to be in the fortunate situation where I have money socked away in an HSA (Health Savings Account) to pay those credit cards off immediately. If it weren’t for my savings, I’d be paying these credit card bills for years, and wracking up quite a bit of interest along the way. How much interest? My guess is “somewhere in the $1000s,” but I’ll do a real estimate when the third trimester numbers are in.

Stay tuned for the third trimester and delivery costs! You can follow Poorer Than You’s Facebook page or subscribe via email to be alerted when new posts go up.

Disclaimer Thing: The information in this post is 100% accurate (as far as I know), but it is only one example of one woman (me!) being pregnant on Obamacare. Your mileage will vary, based on the health insurance plans available in your state and your zip code, your individual medical situation, and pure simple luck. I provide this information because I felt discouraged before my pregnancy by not being able to find examples of how much a pregnancy really costs on Obamacare — so now that I’m in a position to provide that example to others, I’m happy to do so.

Advertisement: Compare health insurance rates and support this site at the same time! 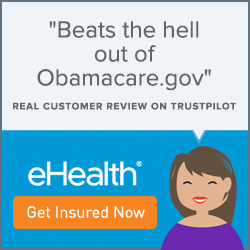