You are here: Home / Cars / Ask the Readers: Replace the Car, or What?

Car troubles seem popular right now – not for my car, actually, but the high volume of friends complaining of costly repairs has left me resorting to voodoo rituals to keep my own car running smoothly (and boy, is my cat mad at me for it!). 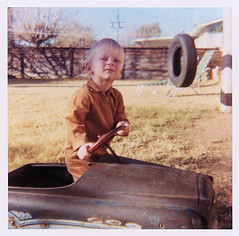 People come to me looking for guidance, but I don’t always have the best answer. My answer is usually just to run the numbers and see what makes sense according the math. But that isn’t always the best solution for a person’s total well-being. So maybe you guys can help me brainstorm on this one.

The Boyfriend’s car came back from a routine check-up with the diagnosis of “rust.” Rust on the rocker panel, rust on the fuel tank, rust on the brake lines. Inspection time isn’t until March, and there’s a snowy, salty winter between now and then, so he’ll be very lucky if the rust doesn’t eat through

His mechanic says it’s probably not worth the money to repair it – he’d just end up replacing everything underneath. So what should be done?

Here are the ideas that were tossed around – all are viable, but of course there’s no “clear right path” among them.

So, who has thoughts and opinions? He’s one year away from finishing grad school, take that into account. And if you share “what I would do” type advice, please make it what you would really do. We can all say that we would literally live in a cardboard box in the basement of a building on campus, but we don’t mean it.

It doesn’t make “numbers sense,” but a “new” car seems like the best idea to me. Because even if the car makes it to inspection, it’s slightly dangerous to drive around a car that could rust out at any moment. Also, it would be more than a little inconvenient if when it rusted out – he could get stranded somewhere, or just stuck without a car while he shops for a new one.

JFK said “The time to repair the roof is when the sun is shining.” So, you know, buy a new car when you find out that you’ll need one – not when you’re stranded on the side of the road with a bottomed-out fuel tank.

So what do you guys think? Maybe someone with more car experience can lend some insight – I’m lucky I know where the gas pedal is!