You are here: Home / Cars / Should You Ditch Your Car to Save Money?

It’s been two-and-a-half years since I started this blog about being really, really broke. In that time, one suggestion has been given to me over, and over, and over again:

Get rid of your car! Save on gas money, insurance, and maintenance! Walk/bike/use public transportation instead!

Partly this is due to some confusion about where, exactly, I live. Some people see the “New York” part of my location, and they think skyscrapers and subways and taxi cabs. Which couldn’t be further from the truth: I’m from Rochester, New York, 256 miles away from New York City. And I’m not even really from Rochester; I grew up in a tiny town 20 miles outside of Rochester. So what they really should have been thinking was “log cabin across the street from a corn field.” 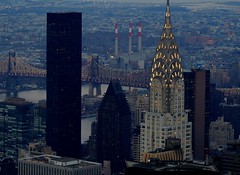 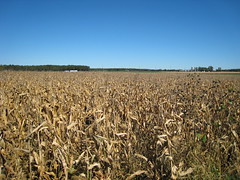 So ditching my car back while I was living in the middle of nowhere was never really an option. There were literally zero jobs within walking distance, unless I owned a tractor (which would have been more expensive than the car). But now I live in a suburb, and I’m moving to the D.C. area. It’s hard to say, not knowing at all what my life will be like down there, whether or not I’ll really need my car.

So maybe I will end up ditching my car. But I stand by my thought that offering “ditch your car!” to people in financial trouble is pretty poor advice. Not terrible, but pretty poor. If you could live without your car, you probably already know that you could. I already knew that taking the bus in Rochester was not a viable option for me, but still the advice persisted.

Which is not to say the advice is without some merit. Yesterday, Matt Jabs wrote about his experience as a part of a one-car couple. And Alan Schram calculated that it would cost him $8,535 per year to switch from pedestrian to driver. And like I said, if I find my lifestyle in D.C. to be amenable to carlessness, than I might ditch the Oldsmobile. (But shhh, don’t let my car hear me say that. She might decide to take revenge on me while I’ve still got her!)

What do you think? Is “ditch your car!” good advice to give to someone who’s in financial trouble?